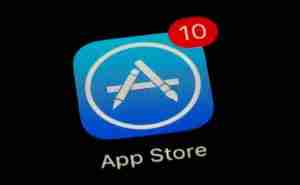 Apple’s new App Store Small Business Program has a benefit for those studios that are earning less than $1M per year; benefit in the form of lesser commission than the previous rates.

This new initiative is recently announced by Apple which came to be known as App Store Small Business Program. Small developers will have to pay a reduced fee to use the iOS store.

The details are as follows; starting from next year that is January 2021, developers that have earned less than $1 million during 2020 will be subjected to pay only a 15% share of their App Store earnings from apps and in-app purchases.

As developers that are making more than a million bucks a year will pay the standard rate of 30%. This one is a healthy initiative taken by Apple amidst all the legal spat and anti-competitive allegations. More details on this program will be released in the first week of December. Every new developer is also entitled to this program but if at any point during the year the revenue crosses the one million mark, then the standard 30% will be applicable. On the contrary, if the studio’s earnings fall below the minimum threshold during the year, then it won’t qualify for the reduced commission until the coming year.

Tim Cook, Apple’s CEO said that small businesses act as the backbone of the economy throughout the world that very thinking was behind the launch of this program. He said, “We’re launching this program to help small business owners write the next chapter of creativity and prosperity on the App Store, and to build the kind of quality apps our customers love.”

Apple’s decision to lessen its App Store share came after the filing of a lawsuit by Epic Games earlier this year. Epic’s CEO Tim Sweeney criticized Apple’s iOS store’s business model and said that Apple had “gone crazy.” It would be interesting to see if in the coming months this decision by Apple will affect the California hearing in any way or not. Stay tuned.

If you want to stay up-to-date of Apple cuts down or my daily game news, then follow me on Google News.