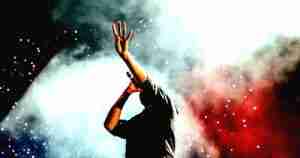 Every year hundreds and millions of people worldwide are unboxing gaming consoles and hardware. Daily lots of gamers are streaming, or downloading, new games. Adding billions of dollars to an industry that is already richer than both the global music business and movie box office combined.

The video game industry has made a staggering $180 billion in 2020 and is still on a trajectory of a steady growth of 10% per year.

With countries like the US, China, and India showing double-digit revenue increase in the gaming industry revenues, this is just the tip of the iceberg. The video game industry evolved astoundingly, with the very first gaming machine that debuted in New York in 1940. Fast forward to the arcade games of the 70s, home gaming consoles, and computer games in the 80s and 90s we have finally transitioned to online gaming at the turn of the century.

Our current gaming era is defined by esports and mobile gaming. Now, we have full-time professional gamers who fill stadiums and earn millions of dollars. Forget about top tier movie franchises like Fast and Furious and Star Wars, the highest-grossing franchise in the entertainment world is Pokemon. The video game industry is shattering records every year and reaching revenue figures that are larger than life. The video game industry is hitting figures that even the top guns of the music industry like The Beatles and Jay Z combined can’t reach.

So, what made the video game industry so successful? Certain elements in video games have had a mass appeal on people. First and foremost, is the ultra-competitive nature of the games where you compete with your friends and others to reach the top spot. The competition mode and the bragging rights that come after winning the game keep the players coming back for more.

Secondly, smartphones opened up the world of gaming for everybody. We can play whenever we want and whatever we want. The gaming audience grew massively with the help of mobile phones, 4G, and now 5G technologies. Thirdly, the freemium model in the gaming industry achieved massive success in terms of player engagement.

In a freemium model, the game is free to play with micro in-game transactions and other creative ways to make players click on the ad banner. Lastly, the inculcation of music in video games made a lot of difference; popular music scores of games like Resident Evil, Guitar Hero, and Far Cry, music gave identity to games.

On the contrary, the music industry is in shambles like all other industries for the past couple of years, especially during the global pandemic. Live Nation Entertainment in its third-quarter revenue report of 2020 reported that a revenue drop of 95% is seen in the global music industry which is colossal damage.

Moreover, Pollstar released some staggering numbers in its report about live music; a $9 billion loss in 2020. With no end in sight of the pandemic and global lockdowns, the music industry is struggling big time. Though the pandemic isn’t the only reason; technological advancement is also one of the reasons.

In the olden days when the record industry was at its prime, artists earned via record sales. But as the audience transitioned towards online music streaming services, artists and bands had to resort to playing gigs to make ends meet.

Traditionally recessions have been good for the gaming industry, usually, the music industry takes a big hit and it comes bouncing back stronger but with some kind of innovation. As for the year 2021, we know that the decline on the high streets will persist which means people will consume media more than ever.

Musicians who always need their music to be attached to other entertainment mediums means that they have all the opportunities in the world to bounce back. So how musicians can join hands with the video game industry and go for a win-win game plan, let’s check it out.

A couple of significant aspects that musicians need to focus on is the adaptability and transformational approach adopted by the video game industry. The music industry needs to adapt to the changing market dynamics. It should find ways to engage with fans on multiple levels and use the gaming industry as a platform to do so.

In 2020, Marshmello’s virtual concert on the Fortnite game was attended by over 10 million people and it is being considered a groundbreaking innovation in the music industry. A novel precedent has been set for the generations to come; how the music industry and the video game industry will converge in years to come.

Thanks to the transforming behavior of young generations and especially the generation Z which identify itself as the gamer generation. This gamer generation has made the likes of Marshmello, The Black Madonna, and Juice WRLD focus more on modifying their own brands according to video gaming culture.

Marshmello’s concert in Fortnite had all of three elements. Players coordinated actions of flying up in the air when the beat dropped, custom avatars of players as role-play and social situation as in players chatting with each other. The virtual social interaction among the young generation on Fortnite and other games feels like “real” just as they would feel in a physical world.

This amalgamation of music and video game has opened new opportunities for musicians around the world.

The virtual-concert-model can develop an ecosystem for both the video game industry as well as the music industry.

Furthermore, musicians can create beats and score for video games and develop a jet-propelled career as a music composer in the video game industry. Moreover, the world’s best music composers like Solar Fields, Skrillex, Hans Zimmer, Trent Reznor, and more have composed music for video games.

Music is pretty important for games and can create a plethora of new opportunities for musicians. Musicians can license their music to video games or even come up with tunes focusing on the video game industry, video gaming will surely help the music industry to thrive.