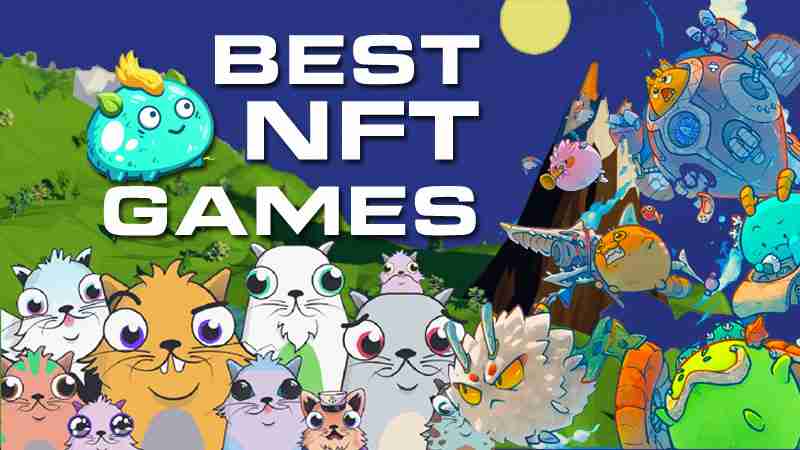 The most awaited top 5 NFT games!

With Axie Infinity’s massive popularity, play-to-earn games are gaining healthy momentum. The play-to-earn business model is now in the limelight of the gaming industry. Several play-to-earn blockchain-based games are in line and will get rolled out soon. Check out five of the most anticipated NFT games coming up. Satoshi’s Games are bringing a brand new NFT game Lightnite. The game falls in the battle royale genre wherein the in-game interaction between players can end in rewards or penalties. The game follows two earning models: win a PVP against other players and get a Bitcoin, those who fail will lose Bitcoin. Moreover, the more a player survives and kills others, the better his in-game balance and vice versa.

Next up we have Sandbox, the game is developed by Pixowl Inc. and runs on the Ethereum Blockchain. Sandbox lets players develop their own games, buy their own land, and even create their own virtual worlds. Sandbox works the same as Minecraft and Roblox but offers creators ownership of their creations in NFTs. The game is already out in the beta version and the full version is expected to launch late next year.

Star Atlas is probably the most awaited and anticipated blockchain game. It is a spaced themed video game set in the year 2620 built on the Solana blockchain. The game is built using the Unreal 5 engine to provide top-notch visuals and a gaming experience. The in-game currency is called ATLAS and POLIS, game also has asset ownership based on NFT.

Illuvium is a Pokemon-inspired RPG game where players will capture NFT based aliens. Players will then battle against each other to win and earn Ethereum. The game is expected to roll out at the end of this year. Lastly, we have role playing mobile game Guild of Guardians. Here players will compete in Guilds, create new weapons, raid dungeons to earn rewards. The game has its own in-game token called Chain of Guardians. The developers behind the game are Stepico and are scheduled to release in early next year.