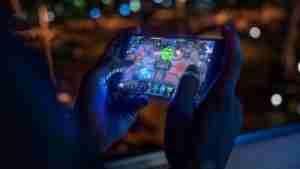 The year 2020 brought massive growth in terms of revenue and installations to the gaming industry across all platforms.

Let’s discuss Newzoo’s report on five of the major trends in mobile gaming that you need to keep an eye on. According to Newzoo’s report, we will witness an increase in the 5G infrastructure and devices. Mobile manufacturers will introduce more 5G supported devices. It is being forecasted that 16% of all mobile phones will be on 5G at the end of this year. This number will increase to 43% by the end of 2023.

Last year at WWDC, Apple announced that with an iOS 14 update, Identifiers for Advertisers would be removed. With IDFA out of the picture, Newzoo predicts that traditional marketing and advertising is set to revive. Marketing structures now can work outside Google and Facebook. That will result in an increased focus on privacy and data accumulation. More IP based Games on Mobile

Popular gaming IPs is making their way to mobiles like Square Enix Montreal and Mobile Giant King. Games like Crash Bandicoot: On the Run, Hitman, and Tomb Raider are all set to release on mobile. Moreover, game IPs originating from mobile like Angry Birds will also grow past mobile-only IPs.

The app store revenue ecosystem is pretty messed up worldwide. According to Newzoo app stores will continue to face challenges this year to create a win-win eco-system for publishers and developers. The ongoing legal battle between Epic and Apple on revenue cut forced Apple to introduce a system where the revenue cut has been reduced from 30 to 15 percent. The same thing happened in China, where Huawei removed Tencent’s title from its stores over a revenue dispute.