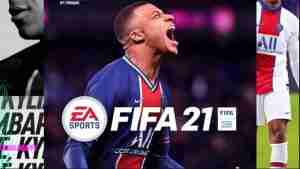 EMEAA game rating chart for October 2020 is out.

FIFA 21 reigned supreme, no surprises there. FIFA 21 swept across Europe, Asia, Africa, and the Middle East in October according to the GSD charts (Game Sales Data).

FIFA 21, a football/soccer game was comfortably the best-selling game of October. Though the sales are less when compared to FIFA 20, still it sold like crazy. When compared to FIFA 20 sales went down by 9.4% for the first four weeks. But an important point here is that the year 2020 is a console transition year and the updated version for the next-gen console of FIFA 21 is due next month that is December.

Taking the second spot is another venture of EA game in the form of Star Wars: Squadrons. The third spot was taken by Activision’s Crash Bandicoot 4: It’s About Time, which was just short of the second spot.

The fourth best-selling game of October was Ubisoft’s Watch Dogs: Legion and mind you this game was launched right at the end of October i.e. 29th.

Taking into account the hardware side, almost 750,000 games consoles were purchased by consumers across the EMEAA region. The figures this year is a bit less than that of October 2019 which was 795,000 consoles and that too was due to the console transition year. The most dominant console in October was unsurprisingly Nintendo Switch which clinched the first spot by a mile. The sales this year were up by a massive 77% when compared to October 2019.

If you are looking for more information on GSD charts, click on the link here: https://www.isfe.eu/games-sales-data/