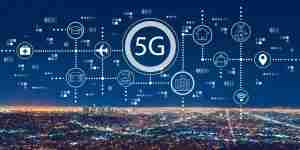 5G Gaming Is The Fundament For Game Streaming

Home – 5g – 5G Gaming Is The Fundament For Game Streaming

5G gaming is expected to be one of the biggest technology trends of the next few years.

Countries like India are a potential blue ocean for western game developers. No lag during your gameplay is a major promise for 5G users.

Although 5G is still being rolled out gradually across the United States, most people should have access to ultrafast speeds without having to wait for too much longer. The arrival of 5G will not just mean much faster access to the internet either. It will have other benefits such as increased capacity and higher bandwidth – which is all good news for users. But it is the gaming industry that has particular excitement over the rollout of 5G technology.

Why 5G Gaming matters so much for the gaming world

5G is said to be around 10 times quicker than 4G and this giant leap forward is certain to receive a very warm welcome from companies operating in the gaming industry.

This is because major recent developments in this sector such as Microsoft’s Project xCloud or Stadia, which has been released by Google, are likely to stretch 4G’s capabilities to the limit.

With 5G, projects like Stadia that are focused on game streaming are much more likely to take off in a big way. Stadia, in particular, relies on people having devices with 5G connections, otherwise, it simply will not work well enough for users. Indeed, most people with smartphones will not actually see that much benefit from 5G unless they are heavy users of streaming music and video, as well as playing games online.

This shows 5G and the gaming industry will be quite reliant on each other for the coming years.

Console graphics on the way for mobile games?

Game developers are likely to be able to be a lot more ambitious as a result of widespread 5G.

Indeed, it could even be possible that the mobile games of the future feature the kind of graphics people would ordinarily expect from a game on a console like the PlayStation 4 or Xbox One.

Casino games such as online slots are among those that could benefit too. Faster loading times as a result of 5G means developers can pack more features and animations into their new slots.

Games not loading quickly is one of the primary reasons people give up on trying to play at online casinos through a phone, potentially missing out on top offers and promotions as a result. This Nodepositexplorer list shows some of the top free spins offers available to mobile users. Most of the sites are already fast, but with 5G it will be instantaneous.

Live casino games are another area where 5G could be set to make a large difference before too long. Virtual reality has long been touted as a potential development for live games at online casinos, with 5G’s arrival potentially helping to make this happen a lot faster.

Players using 5G on their mobile devices could pair the technology with a virtual reality headset when taking a seat at the virtual poker table at their favorite online casino. The increase in realism could help to take the online gambling industry to the next level in the near future.

The future of 5G and the gambling industry

The gaming and gambling sectors have increasingly close links, with the latter also keeping a very close eye on the development of 5G in the US and around the world.

Specialized payments platform Paysafe recently released research which the company claimed shows 5G will lead to a rise in sports betting – which is in the process of being permitted in various states across America right now.

The firm’s study found that almost half (48 percent) of respondents to the poll would be more likely to bet through a mobile betting app if they were attending a game with 5G coverage (5g gaming). Fans going to sports matches often find it difficult to get coverage on their phones during the game due to the large number of people trying to access the internet on devices at the same time.

Chief business development officer at Paysafe, Daniel Kornitzer, said improved in-play functionality was one of the key benefits for the gambling industry from increased 5G access.

“Our research clearly indicates that consumers have the appetite for the progress and flexibility we see with the emergence of this new standard of wireless connectivity,” Kornitzer said in a Paysafe press release. “For players, it’s all about being able to place bets safely, anytime and anywhere. We would urge sports betting operators to be ready for the increased traffic on their platforms – it’s a huge opportunity for them.”

Verizon, Vodafone, and EE are among the mobile operators focusing on 5G right now. The gaming and gambling worlds will be hoping 5G (5g gaming) is rolled out globally as fast as possible.