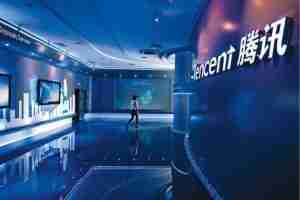 The bidding war for Leyou Technologies continues with Tencent said to be the latest potential suitor. Bloomberg reports that the Chinese giant is currently in talks to acquire Leyou, citing anonymous sources close to the matter.

The news follows reports that Sony Corporation was also in discussions with Leyou. Other interested parties have included mobile publisher iDreamSky — which Tencent has invested in — and Leyou rival Zhejiang Century Huatong Group. The sources warn that talks between Leyou and Tencent are ongoing and could fall apart, but there could also be an announcement on the discussions later today.

Interestingly, Leyou Technologies requested a temporary halt in the trading of its shares on the Hong Kong Stock Exchange.

Spotted by Niko Partners’ Daniel Ahmad, the notice says this is due to the Hong Kong code on takeovers and mergers regarding inside information of the company.

Tencent is said to still be considering the structure of its offer, which could involve teaming up with iDreamSky and Zhejiang Century Huatong.

Reports of a sale have been emerging since Leyou’s controlling shareholders Charles Yuk began talks with iDreamSky about selling a majority stake.