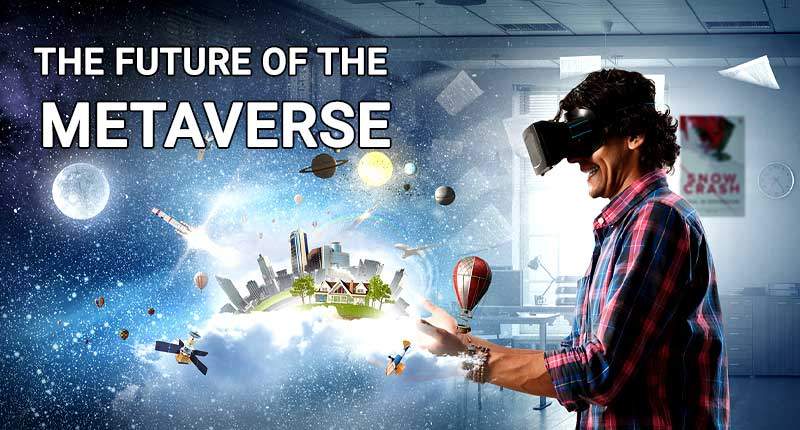 The Metaverse and Beyond: the past, the present, and the future!

Home – avatar – The Metaverse and Beyond: the past, the present, and the future!

Why metaverse is the future?

As the metaverse concept is starting to incorporate Web3 technology enabled through blockchain technology (like NFTs and Cryptos). The future metaverse would be something very similar to our real world in many aspects. Even replace some real-world activities (like working or hanging out).

So with that having said, what’s more to know? Why metaverse is the future

Every single day we read and hear the clamor associated with the hot and trendy buzzword; the metaverse. It is being branded as the next big thing that would revolutionize the world, the future of the internet, a new beginning. But what exactly is the metaverse?

As of now, the metaverse is essentially a contested concept, there isn’t any unanimously agreed definition to it. Big techs that are in the race to create the metaverse mold the definition of it according to their own objectives.

Nevertheless, the term is a combination of two words, meta, and verse. Meta is a Greek word that means ‘beyond’ and verse is taken from the word ‘universe’, it signifies something that is beyond our universe.

The concept first appeared in Snow Crash, a novel written by Neal Stephenson where he described it as a virtual world. This virtual world stands on three significant elements; A VR interface, digital assets ownership, and of course, an avatar that will represent you in the metaverse.

Let’s put it straight, it is an immersive virtual space based on graphics where people can play, socialize, work, study, shop, and do everything they do in the real world. The idea is to get deeply immersed in the virtual world and live two lives.

The concept has been around for ages in the form of video games and sci-fi novels. Besides the demo metaverses and related marketing hypes, one of the most glaring and practical examples of a metaverse one can found is in the MMO game Second Life.

The game has avatars, combats, quests, even its own economy where players can engage in trade, services, and exchange virtual currency with real-world one. Some more examples of the sort are Roblox, Fortnite, and PUBG.

So, if it is not a new concept, then why all of a sudden there is a gold rush to it? There are several reasons for it, one is the sky-rocketing popularity of cryptocurrency, NFTs, and blockchain technology in the past couple of years.

NFTs have further strengthened the idea of virtual ownership of digital assets with the help of blockchain technology. This new controversial technology has paved way for real estate ownership in a virtual world. Why metaverse is the future

In addition, the technological progress in VR headsets has also fueled the race to create the metaverse. The rest was done by Facebook’s rebranding last year.

It seems that the metaverse is upon us and we should get ready to live our lives in a parallel universe, the true experience of the metaverse is nowhere to be seen. An all-encompassing metaverse with no walled gardens and solid interoperability faces a lot of tough challenges.

The idea that you may take your avatar and belongings from one game/app/platform to another without any restrictions seems utopian. A single open and interconnected network, like the internet, faces challenges in various spheres like technical, commercial, and legal.

So, the real metaverse is still, for me, is a long shot. Leave your thoughts, comments, facts & figures below in the comments.

Entertainment and all the big tech companies and technology behind it. Hyper Casual Games and the game studio’s that lead the way. Mobile games, PC games and Console Games and their vision on cloud gaming.

Streaming, esports and gamer communities. Online digital entertainment like movies. music, concerts. art and top brands such as fashion and much more that connect with video games in the metaverse.