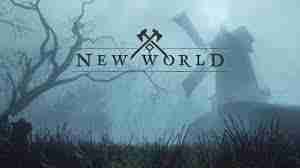 Finding success as a new MMO in the crowded gaming industry is not a walk in a park. Amazon games hope to add New World to the smallest of truly successful big-budget MMO games when it releases spring next year, yes, delayed yet again.

In this ambitious MMO called New World from Amazon, you take on the role of an interpreted that venture that lands on the shores of a strange foreign land known as Aeternum that is overflowing with a powerful substance. It is up to you to decide the fate of the land and wage war against enemies.

The New World developers took a lot of inspiration from the Dark Souls as you engage in combat. Rather than targeting enemies and cycling through your auto attack and lock-on abilities, you have to be focused on every attack. Each weapon has actual weight and hit attraction based on physical movement and space including projectiles that make PVP extremely intense. It’s a thrilling rendition of typical MMO combat.

New World also does not include the class system instead you level up your base attributes through XP and the same goes for the weapons. From the very start its apparent that New World is built around PVP as the end game goal. It has an action-based combat system and deep progression that sort of keeping the momentum of the gameplay fun and engaging.

Positioning and timing are super important to combat. It’s a physical-based combat system, you have to connect with an enemy to register a hit. There are also a lot of defensive options, strategic systems, gear choices, combat abilities it all makes the game more competitive and makes a lot of difference.

The territory acquisition wars between factions and other PVP missions are extremely engaging and fun. This game is not for the faint of heart. But the sad news is that Amazon has delayed the game MMO World and maybe they want to increase server size, optimization, more overall content, etc. I think that the delay by Amazon is decided in the best interest of the game New World and gamers but it’s a hard pill to swallow. Better to deliver a finished product rather than a broken one I guess.

If you want to stay up-to-date of Amazon and my daily game news, then follow me on Google News.