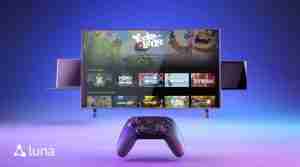 Monthly game subscription you say? Yes, Amazon’s Luna Plus is officially rolled out to testers for beta and we have some exciting information on its User Interface and gameplay. Amazon gave invitations to a small set of customers in the US, yes, it is limited to the US only. Amazon posted on their blog post, “We are starting with a small set of first customers on the service and we’ll continue to invite more players to join us over the coming months. We appreciate your patience.” With early access, you can access Luna via several platforms, it is available across PC, Mac, Fire TV, and on web apps for iOS. If you are an Android user, don’t worry, an android version is expected soon. With $5.99 a month, you can access 50 games via subscription to Luna Plus Game Channel. The games lineup isn’t quite impressive but it’s only $5.99 so you are not breaking the bank here.

Moreover, early access players will get 7 days of free Luna Plus but after that Amazon will charge you a monthly subscription bill. Ring a bell? Yes, just like a TV cable service.

Now, let’s talk about the interface, it has a very clean interface with things like Editor’s pick, continue playing previous games, and Twitch streaming channels you might want to dive into straight away. Neat start but a user on Twitter complained about in-game ads that pop right in the middle of the screen, this might be a turnoff for various players. Furthermore, there are some issues reported by some players that heavy games like Metro: Exodus streamed poorly to a web browser when compared to gaming PC. The mouse was also extremely lagging while playing a graphically intensive game.

Nevertheless, Luna is a game-changer because there is news that there will be subscription channels of big guns in the future like the Uplay channel and it will feature brand new titles like Watch Dog’s Legion and Valhalla. We can also expect to see the EA channel in the future and many more. Of course, it will be something like a subscription on top of a subscription and no chance of ownership whatsoever.

We will be bringing updates on Luna regularly. Let us know your thoughts about Luna. Till next time.