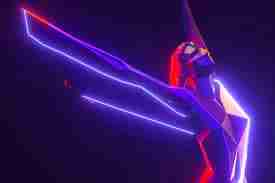 The Game Awards 2020 took place recently and set new viewership records, at the peak of the awards there were 8.3 million concurrent viewers worldwide enjoying the content.

People are loving games and are getting involved in gaming content by every passing year. The Game Awards took place recently and set new viewership records, at the peak of the awards there were 8.3 million concurrent viewers worldwide enjoying the content.

The gaming industry is becoming the top choice for people when it comes to entertainment and that is exactly seen in the Game Awards where the audience grew to 84% year-on-year. The audience tally reached a whopping 83 million for this year’s Game Awards, a number which can be easily compared to the Academy Awards.

Besides official networks, there were 9000 content creators who streamed The Game Awards; an increase of 91% year-on-year. The Game Awards 2019 was also co-streamed by 4700 people.

Now, let’s talk about the live hours watched; live hours witnessed a surge of 129% this year across YouTube, Facebook Gaming, and Twitch, according to Stream Hatchet. The show was keenly watched in China where it was streamed on 10 digital networks.

Also on the Social Media platforms, there was an increase of 31% in “conversion volume” making this year’s The Game Awards the most talked about and liked. And lastly, the audience voting this year also broke previous records with 18.3 million votes.

Geoff Keighley, The Game Awards producer, shared his thoughts, “In this most challenging of years, the video game industry has continued to deliver for its fans. We are deeply humbled to see that excitement translate into these record-setting results, with significant upticks in total viewership, watch time, and social engagement around the world.”

The numbers are staggering for gaming’s biggest celebration and no wonder in coming years you will see it going head to head with the Oscars.