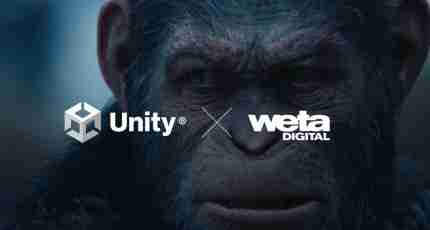 Unity is acquiring one of the most significant players in visual effects; Weta Digital. Unity acquires Weta Digital for a whopping $1.625 billion. Weta Digital is co-founded by Peter Jackson and has a huge name in the domain of visual effects. Its footprints are almost everywhere in Hollywood like “Avatar”, “Lord of the Rings” and more.

Weta Digital comprises both visual artists and engineers that develop tools for the artists to work on. The team has more than 275 engineers that will now become part of Unity. A new entity will into being after the merger known as Weta FX and Peter Jackson will own the majority stakes.

Moreover, Unity will also control the development of Weta’s built-in tools like ‘Manuka’, ‘Gazebo’, and ‘City Builder.’ In addition, Unity will also get hold of a tech team that has built rigging characters, processing motion capture, animating and rendering faces, and more. Unity will also acquire a plethora of digital assets made by Weta over the years i.e. every 3D model.

Unity’s rationale behind this massive acquisition lies in the promising future of 3D. Unity SVP, Mark Whitten said, “Think back 10 years ago,” he told me. “Think about 2D, and just how many photos were being created. There was probably a lot! But project forward 10 years… and it’s just extraordinarily greater now. I think we’re in the same place for 3D.” “The one difference, though” he notes, “is that 10 years ago, I … kind of thought I could take a photo. I can sort of do something with 2D. But that’s actually almost not true — because every time I click the shutter button on my iPhone, it’s probably running 5 million lines of super-advanced code to turn me into [a photographer].

But in 3D, I actually personally can’t model something today. What we need to do over the next 10 years is take that same approach; to take this incredibly deep technology and make sure that it works effortlessly.”