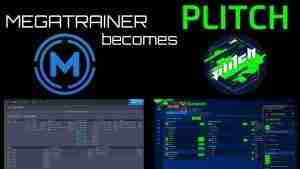 MegaDev, a German startup, secures a $1.9 million investment via Series A rounding of fundraising. MegaDev is famous for its subscription-based platform that lets esports players train their skills. The platform lets players customize their single player games with cheat codes that let them train and have fun.

Englehardt Kaupp Kiefer & Co, existing investors of MegaDev, initiated the funding along with a pool of private investors. Ritter Sports CEO Andreas Ronken also participated in the fundraising round. However, MegaDev considers Plitch training software rather a cheating platform.

Players can customize their games to make them more challenging in nature or, on the contrary, easier. Nevertheless, there’s a catch, It’s only works on single-player PC games, and that too offline. It’s aims not to knock out the balance of multiplayer games that is why it works only in offline mode. In this regard, MegaDev also developed its own firewall known as Plitch Gateway to stop cheats from making their way online. It’s covers more than 2500 games including the top tier games like Cyberpunk 2077, Hitman 3, Immortals Fenyx Rising, Ever Space 2, Red Dead Redemption 2, and Assassin’s Creed Valhalla. Each game has several codes that users can use to customize and cheat.

Plitch is available on subscription plans; 3 months plan for $7.99, and 12 months plan for $5.99. The plan is already popular among gamers with a whopping 10,000 new registrations every month. MegaDev recently reported that the platform has “several hundred thousand” subscribers.