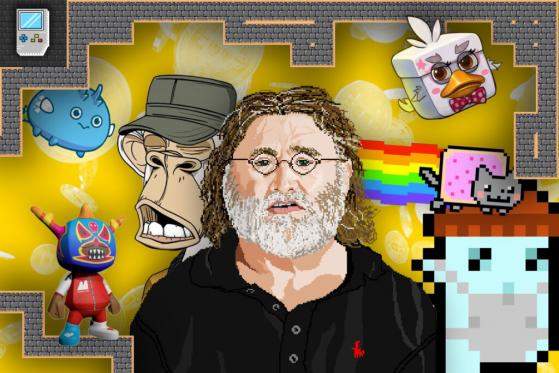 Gabe Newell Talks about Bitcoin and Why he Banned NFT and Bitcoin.

While on a promotion spree of Valve’s newest venture and product Steam Deck, Gabe Newell has shared thoughts on several subjects. In one such interview, Gabe Newell talked about the history between Vale and Bitcoin and how it fared out. Valve is one of those companies that didn’t take long to leave the Bitcoin bandwagon. Back in April 2016, Steam introduced Bitcoin as a payment method, and soon after in December 2017 it removed it.

The decision was surprising to many, but what lead to Steam’s decision to offload Bitcoin?

According to Valve at that time, the volatility of Bitcoin’s price and “a significant increase in the fees to process transactions on the Bitcoin network,” resulted in the decision.

Talking to PC Gamer, Newell said, “The problem is that a lot of the actors who are in that space are not people you want interacting with your customers.”

He further added, “We had problems when we started accepting cryptocurrencies as a payment option. 50% of those transactions were fraudulent, which is a mind-boggling number. Gabe Newell On Metaverse And NFT’s

These were customers we didn’t want to have.”

According to him, the massive fluctuations in Bitcoin price were “a complete nightmare” – this led to ridiculous situations where a game would cost $10 one day and $100 the next.

This was something that caused confusion and problems for both the company and its consumers.

Gabe Newell’s opinion isn’t welcoming to NFTs and crypto alike, and his view hasn’t changed since then. “There’s a difference between what it should be and what it really is currently in the real world. And that’s sort of where we were at with the blockchain-based NFT stuff: so much of it was ripping customers off.

And we were like, ‘Yeah, that’s not what we want to do, we don’t want to enable screwing large numbers of our customers over,’ so that’s what drove that decision. There’s nothing inherently about distributed ledgers that makes them problematic.

It’s just so far that’s almost always what our experience has been.”