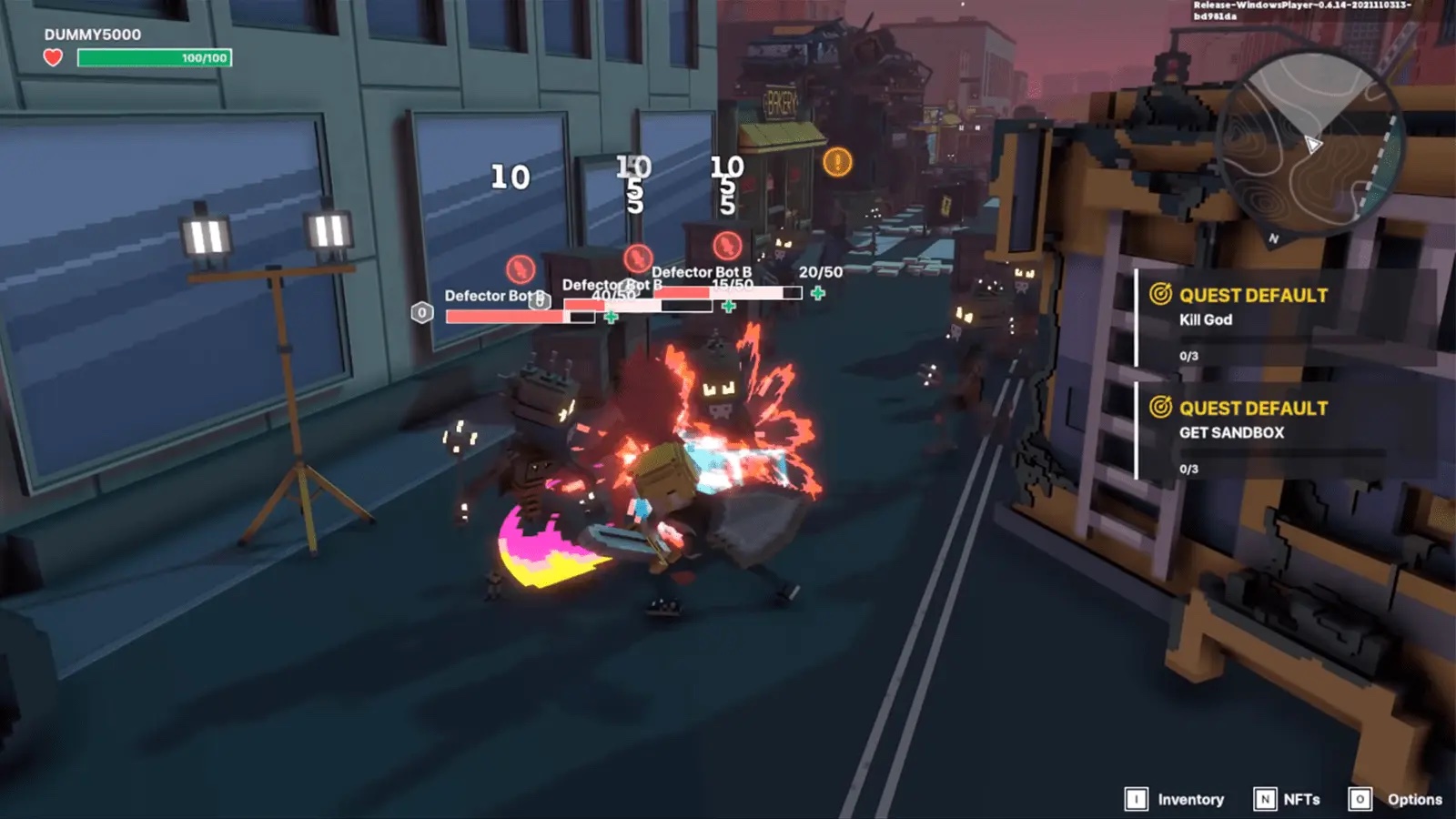 Is it Possible to Earn From Play to Earn Games?

Home – GameFi – Is it Possible to Earn From Play to Earn Games?

Let’s just combine fun and finance, entertainment and making money with it, how does it sound? Quite the ideal isn’t it? This is what Gamefi is all about. Gamefi, to put it simply, is game and finance. The idea behind this notion is to play video games and earn money in the shape of cryptocurrencies, tokens, and NFTs. When you get your hand on it, cash them out, and voila! The advocates of play to earn games say that you don’t have to put in hours of grind, just a couple of hours a day to get a couple of hundreds in USD.

Can We Earn from Gamefi? How is it Turning Out?

So, is it really possible to earn from play to earn games? And is it really lucrative as its advocates suggest? Well, let’s talk about numbers and stats, which of course do not lie. According to recent data, people flocking toward blockchain games are surely increasing manifold. According to DappRadar, a total of 1.2 million daily unique users have joined such games in March this year, games that promise real money. This is a 2000% increase when compared to last month’s data. So, the idea itself is quite lucrative and gamers around the world are buying it. Industry insiders and veterans are of the opinion that this is a natural evolutionary phenomenon. Everything changes and transforms with time, and video games are no exception to it.

The Idea Behind Play to Earn Games

The idea is simple, what if we can trade the in-game items for real money? In-game items, and digital assets like avatars, weapons, in-game currency, attires, skills, etc. after achieving levels and grinding for hours could hold value, real-world value. Players playing games like PUBG often sell their accounts to other players only if the account has accolades and avatars that are valuable. So, the idea was already in play. Now, when you make this mechanism official, the game transforms into play to earn game.

So, Does Play to Earn Games Deliver what it Promises?

The question comes to everyone’s mind, are they really lucrative as they sound? Some of the play to earn games require money up front in the shape of tokens which players need to buy to even begin playing. These tokens require a solid investment. The critics of play-to-earn games have criticized the practice and termed them something like a Ponzi scheme. The investment of new gamers is used to clear out the investment of early entrants and the cycle goes on. And in some cases, a rug pull happens.

There is also a risk of hacking when earlier this year one of the most popular play to earn games Axie Infinity lost virtually millions of dollars when the Ronin network was compromised. Moreover, there is also a risk of high volatility in crypto and tokens. So, combining all of it, can you still earn from P2E games? Is it worth it?

Play to Earn Industry is in Nascent Stage

The deluge of constant criticism towards play to earn industry is a bit unfair as it is still in a nascent stage. The developers and companies behind the play to earn games are learning from their mistakes and making amendments along the way. The advocates still believe that this is the future of gaming. Besides, the investors too have shown belief in it and poured a whopping $2.5 billion in the first quarter of 2022 alone. Why? Because people love to play games and it is the gaming platform that is the most suitable to introduce Web 3.0 to people all over the world.

What is at Gamer’s End?

Players need to carry out thorough research before investing their time and money in a play to earn the game. This is where playtoearngames.com comes into play where you can find the upcoming, old, and new crypto games with all the necessary information you need. Apart from the research, players also need to understand and learn how to, when to, and what to invest. Players need not take loans, or sell their valuables and go all in on play to earn games. Just make sure that the fundamentals of a crypto game are solid. Check out if the developers are giving native cryptocurrencies in the shape of rewards. This is one of the ways play to earn games are operating where developers use their own cryptocurrencies and tokens. The second approach is the use of existing cryptocurrencies like Cardano, Dogecoin, Ethereum, etc. And last but not least is the game’s NFTs which hold their own value.

Check out our previous blog on the list of most promising play to earn games and if you are a newbie then check out this article.