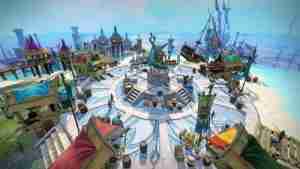 Jagex is acquired by The Carlyle Group

Home – Acquisition – Jagex is acquired by The Carlyle Group

The UK-based Jagex is acquired by The Carlyle Group a US-based private equity firm. Jagex is well known for RuneScape, a massively multiplayer online fantasy game (MMORPG). The deal value hasn’t been officially disclosed to the public however, the value is more than $530 million.

It is because last year Macarthur paid the same amount to buy out Jagex. Carlyle Group’s investment now confirms that top investors are taking more interest in the gaming industry due to its astounding growth. The Carlyle Group is one of the world’s largest investment firms with a whopping $230 billion worth of assets under its management. The investment firm will utilize its network and resources to support the games company.

Moreover, the firm will invest in research and development for RuneScape which will help in more new content and titles. The Carlyle Group aims to broaden and strengthen the portfolio of the studio.

However, the recent sale of Jagex isn’t without any controversy as a company filed a lawsuit against the deal. Another private equity firm known as Plutos Sama Holdings disputed the deal and filed a complaint in the US District Court of California. However, Carlyle Group’s CEO Phil Mansell commented on the controversy and said, “We can confirm Carlyle has acquired the studio regardless of any claims made by third parties in relation to the deal.”

Jagex spokesperson on the other hand has said that the allegations are meritless in all respects and the studio will deal with them accordingly.