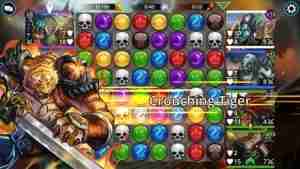 505 Games, a parent company of Digital Bros, acquired of Infinite Interactive and Infinity Plus Two.

Digital Bros has completed the acquisition of Infinity Plus Two and Infinity Interactive.

Infinity Plus Two is a Melbourne based developer that produced over 30 games. The studio develops strategy and puzzle games in the fantasy genre. The firm is famous for its puzzle-based games notably; the Puzzle Quest Series. The Puzzle Quest series made a lot of revenue for the company; $200 million. Moreover, the series has over 32 million users worldwide as of now. The firm also produced hit RPGs like Gems of War and made a solid position in the free-to-play market. With the acquisition in place, 505 Games is positive to gain grounds in the free-to-play market. The terms of the acquisition have not been disclosed completely. However, Steve Fawkner the founder of the company will continue to lead the studio. Still, he will transition into the management team of 505 Games. The gaming company has now acquired three companies in total; DR Studios, Kunos Simulazioni and now, Infinity Plus Two. Commenting on the acquisition, Clive Robert head of Free to Play at 505 Games said, “IP2 is a proven studio with phenomenal success over the years. Their creative vision and extensive experience will be a great addition to 505 Games.”

“The F2P mobile market has seen a tremendous amount of growth and rise in popularity over the years and has always been a key facet of the company’s growth strategy. As one of the leading third-party publishers of F2P games across multiple platforms, this latest acquisition solidifies our investment in internal development and builds on our library of owned IP.”

Both 505 Games and Infinity Plus Two have worked together, 505 was already the publisher for Gems of War, a free-to-play puzzle RPG. After the acquisition, 505 is set to produce high-profile free-to-play games.

Gems of War is a free-to-play puzzle game with RPG elements that is available on Sony PlayStation 4, Microsoft Xbox One, Switch, PC, and mobile.