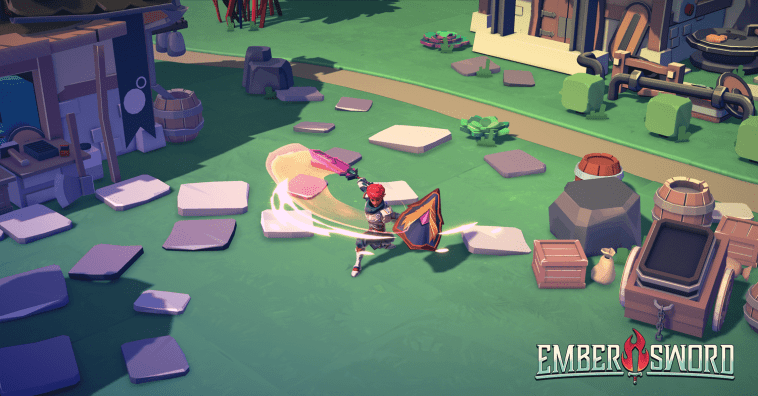 Bright Star studios fly high with new investment deals. The video games studio is famous for its play to earn MMORPG game Ember Sword. The investment deal was supervised and led by Bitkraft Ventures in what allows more leverage to the game studio.

The deal will rope in 20 new investors along with top executives in the gaming industry.

Besides Bitkraft Ventures, the deal includes big names and veterans of the industry like Rob Pardo, the lead designer of WoW and former CCO of Blizzard. Moreover, Ryan Watt, head of YouTube Gaming; Kevin Lin, co-founder of Twitch; famous YouTuber Dr. DisRespect; Carlos Rodriguez, CEO of G2 esports; John Robinson, COO of 100 Thieves; Dennis “Thresh” Fong, XFire, and Sebastian Borget, the co-founder of the Sandbox. Besides being investors, Pardo and Fong will also serve as advisers to Bright Star.

“MMORPGs have always been about the power of a shared community. With Ember Sword, Bright Star has found a new way to give its players true ownership within their virtual world. This has the potential to revolutionize the MMORPG genre,” said Pardo in a statement.

The investment deal happened after Bright Star received a great response from its gamers when it rolled out a new feature. The game Ember Sword is still in alpha mode and its users responded well to in-game sales and purchase of plots of land.

Bright Star shared stats and said that more than 35000 gamers have pledged a whopping $203 million to do in-game land transactions. This will allow the users to earn the in-game ERC-20 token, Ember.

The CEO of Bright Star also shared his thoughts, “We love the idea of rewarding gamers for the value that they bring to the game and the community.

We were blown away by the community’s interest in our land sale and look forward to creating a game that introduces new audiences to MMORPG and enables gamers to earn rewards and make money through in-game activities, including the creation of unique, tradable NFT (non-fungible token) items. With the addition of our incredible team of investors and advisors, we have no doubt that we can continue to re-think what an MMORPG can be by leveraging game-design principles that cultivate player-driven economies and communities.”