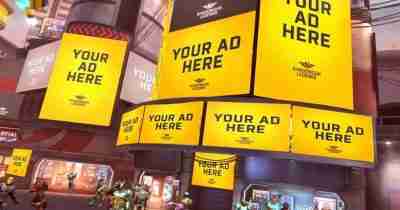 Anzu raises $9 million in Second Series A Funding Round

Anzu raised $9 million in its second Series A round which brought the total to $17 million since 2017.

Imagine seeing in-game ads on your console games, where ads appear on billboards, walls, t-shirts, etc. advertising has entered an entirely new domain. With the gaming industry reaching new heights, brands are getting more interested in the in-game advertisement. Anzu raises $9 million in Second Series A Funding Round

it is an in-game programmatic platform for ads across all consoles, has raised $9 million in funding. The funding round was supported by WPP, a creative transformation company, and Sony. it serves as a platform for companies to advertise their brands on consoles, live streams, e sports, PCs, mobiles, and gaming tournaments.

Several big names participated in the second Series A round. The round was co-led by BITKRAFT Ventures and HBSE Ventures. Other participants of the round were WPP, Sony Innovation Fund, LGBT + VC firm Gaingels, Chicago Cubs, and Alumni Ventures Group.

Marc Merrill, co-founder of Riot Games, Dylan Collins, CEO and co-founder of SuperAwesome also contributed to the round. The second Series A round was a crowded round but the idea behind the crowdfund is to maximize shareholder value. Moreover, this will also ensure to pull in companies that are right for the business.

Anzu is the only company to provide in-game advertisement services for Microsoft’s Xbox but other leading console companies like Nintendo are yet to join hands with it.

Anzu’s SDK technology helps ads to integrate into mobile, PC, and console games to serve ads programmatically. This saves the labor to hard code the ads into the video game. Moreover, it’s technology supports both Unity and Unreal Engine so that developers only have to do a one-time integration to make inventory available through buying platforms.

Furthermore, it  has partnerships with Nielsen, ComScore, and Oracle’s Moat to adeptly cover the audit of analytics part of advertisements. The third-party audit makes brands more comfortable to spend in gaming environments.

The funds generated from the second round will help Anzu to grow and expand into new markets especially in the US and APAC. In-game advertisement in gaming consoles is still in its nascent stage but by the looks of it, it’ll be the future of advertisement.