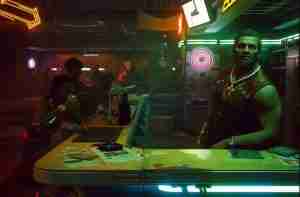 Cyberpunk delayed, it is what it is, gamers, this is not a joke, not a meme, Cyberpunk 2077 has been delayed yet again.

When I got tagged on Twitter by some of our team members, I saw the yellow background and I was determined that this is an old post, someone is trolling, fake account blah blah. Then I saw the checkmark in front of the Twitter account name, then it finally struck me and I was like, “Oh no! Not again!”

Yes, everyone, CD Projekt Red has delayed CyberPunk 2077 by 21 days, and now the new date is 10th of December, 2020. This is the third major delay this game has suffered; it got delayed out of April, then September and now it’s been delayed out of November. Fans are getting restless and frustrated; some of them vented out on Twitter while other angry fans crossed all lines and sent death threats to the developers and their families.

Andrzej Zawadzki, senior game designer at CD Projekt Red, took to Twitter and pleaded fans to have some patience and exercise basic human decency by stop threating and sending death threats. He further insisted that “We are people, just like you.”

Now let’s see what was in the letter and what caused the delay. Adam Badowski and Marcin Iwinski CD Projekt Red co-owners stated, “The biggest challenge for us right now is shipping the game on current-gen, next-gen, and PC at the same time, which requires us to prepare and test 9 versions of it,” both owners also confirmed that Cyberpunk 2077 was almost a next-gen title during the development phase so releasing the RPG across all platforms requires a ton of effort for every version to run swiftly. They further added, “We’re aware it might seem unrealistic when someone says that 21 days can make any difference in such a massive and complex game, but they really do.” They also clarified in a statement about going gold and said that going gold does not mean the end of the development phase “On the contrary, this is the time where many improvements are being made which will then be distributed via a Day 0 patch. This is the time period we undercalculated.”

Let’s hope that we get our hands on Cyberpunk 2077 before the holiday season.