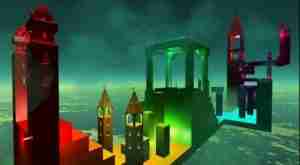 Hiberworld is a free un and creative social games platform where users can create, share, and play their games. There is always something new and exciting to play on Hiber when thousands of games are being created each week. And as far as 2020 is concerned, users have developed more than 300,000 games.

Keeping in view the vast growth and popularity of Hiberworld, the company has raised $2.25 million for the growth and development of its browser-game platform in a successful round of investment.

Furthermore, Hiber is also looking to use these funds to make important hirings across its products and hiring groups.

Update:Latest Games Podcast Episode; Gaming in India and MENA Region. This episode you can listen on spotify here and youtube here!

The funding round around this time saw some existing as well as new members; Luminar Ventures and Wild Sloths OY as existing members joined by Bumble Ventures, Konvoy Ventures, GFR Fund, and SYBO as new. Mathias Gredal Norvig, CEO of SYBO, joined Hiber’s board of directors. In the previous year, Hiber has had successful funding of $1 million as it entered the beta version of its platform. And after seeing 300,000 games on its platform, Hiber decided to take things to the next level by introducing a new round of funding.

“We had a lot of interest in the round, which gave us the opportunity to ensure we have the right investors on board at this stage.” Michael Yngfors, Hiber CEO.

There are also some new features being added on the platform, users will be able to develop shooter games, player homeworlds/personal game spaces, chat with friends, playgrounds, and multiplayer games. The future is looking promising for the Swedish gaming and entertainment platform, fingers crossed, let’s see what the platform has to offer in the near future.