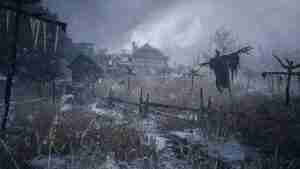 Resident Evil Village will launch on May 7th 2021

Home – capcom – Resident Evil Village will launch on May 7th 2021

Resident Evil Village is the eighth edition in the franchise after Resident Evil 7 Biohazard. RE Village is a first-person shooter survival horror experience where you will play Ethan Winters, the protagonist.

By looking at the premiere, RE Village is influenced by fan-favorite Resident Evil 4. The inventory-management-Tetris from Resident Evil 4 returns in RE Village. Moreover, crafting ammo, weapons and first aid also make its way back to the franchise. Resident Evil Village will launch on May 7th 2021

Capcom announced that RE Village will be launched in May. The game will be available on next-gen consoles as well as current-gen consoles like PS4 and Xbox One. Capcom also launched the demo called ‘the Maiden’ which you can download and play if you own a PS 5.

Moreover, Capcom also announced Resident Evil Re: Verse which is a multiplayer competitive online game. RE: Verse will include all the fan-favorite characters from the previous games of the franchise. RE’s Showcase also premiered a new trailer of RE’s Village which was exciting for both old school and new fans of the franchise. The trailer also featured an ultra-obese merchant, a towering, scary, and yet attractive mistress.

Talking about the demo, Peter Fabiano commented, “Maiden is not the name of any person, but instead it symbolizes the protagonist, a girl who’s trapped in Dimitrescu Castle.

The Maiden demo doesn’t take place during the main story of RE Village. Maiden was originally designed as a visual demo that would allow you to explore the inside of Dimitrescu Castle, but it evolved to include a short story and puzzle-solving.”

The demo has got us really excited about the game, but it only serves as a tiny slice of what is yet to come. Stay with us for more updates on RE Village.