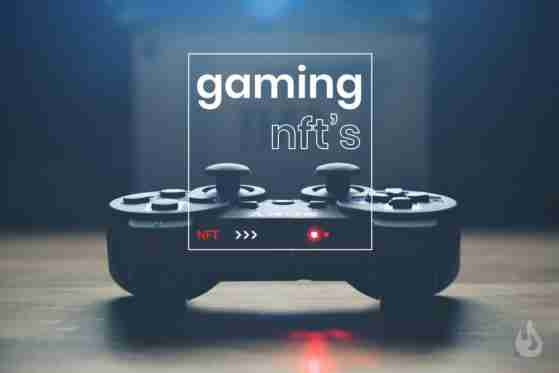 Investors are flocking into an irresistible and promising prospect of blockchain-based digital assets known as NFT games. This particular gaming nice is based on the future trends of gaming and as well as the internet. The business model is what has caught the interest of the investors. The gaming business models as transitioned from pay to play from play to earn; a method that allows gamers to earn and control take the economy into their own hands.

The Non Fungible Token digital assets based on blockchain technology are the buzzword in the gaming industry. And the investors regard games as the first frontier of this technology which is why NFT gaming startups are getting a welcoming response.

Recently, NFT gaming startups have got massive valuations thanks to VC investors.

A significant name in NFT gaming is Animoca Brands which has raised $65 million at a $2.2 billion valuation. The PitchBook data shows that the company now values more than double what it valued at the start of this year. Yat Siu, chairman of Animoca Brands, shared his views after the funding round to GamesBeat. He said, “This round includes a number of game companies that actually participated in the round, which is obviously important for various strategic purposes.

We weren’t originally looking to raise another round, but some of the partners that we had viewed as strategic people wanted to work with us and collaborate on potential blockchain games and licensing deals. That led to this round.”