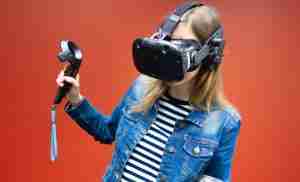 Hello gaming fraternity, today’s piece is dedicated to our VR gamers. In today’s article, we will be covering some of the best games launched in July 2020. Though there were lots of new games we will focus on the best ones. This year we have seen VR jump to the popularity and increase demand, not just due to the pandemic but also beam support game releases like Half-Life: Alyx, and the popular Oculus Quest and its new version around the corner. Especially, July was a big month for VR gamers with a lot of new games and releases. Let’s talk about some of them, shall we?

This hugely popular indie horror made its way to Oculus Quest in July and sales got skyrocketed in a snap. It easily became the fastest-selling game on the platform with breaking the most sales in a day and most sales in a week record. The Quest version of this game is done well, the transition between the security cameras and your use of protective items fits well with Quest and VR. Though the graphics aren’t spectacular it will surely scare the living soul out of you. If you are not a fan of jump scares, then it won’t go well with you.

At last, after multiple delays, Iron Man has arrived at PlayStation VR. This game was one of the most anticipated games in the VR community but its final version came with issues that ruin the fun. With a handful of enemies and their same tactics, Iron Man VR is very repetitive. You counter each enemy with a specific weapon and that’s it. The only difference is how many the game throws at you at once.

This game is a first-person action game that centers around bows and arrows, castles, and roguelike structure with multiple stages. The bow in this game will be used for movement as well as combat and by firing teleportation arrows you can get around. This is a challenging game and will surely use a lot of energy from your bow arm’s deltoid muscle.

We will review some more VR games soon until then.