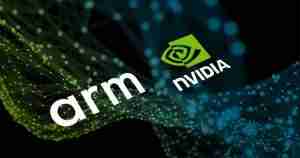 Arm is a UK based semi-conductor firm famous for creating technology and designs related to CPU and processors used in various mobile phones. Arm was one of the integral suppliers for Apple. And in a recent and surprising development, graphic card giant Nvidia bought Arm for $40bn.

Arm was previously owned a Japan-based corporation called SoftBank for $32 billion but its exit was somewhat surprising because it only acquired it for about four years.

The deal is expected to close by March 2022 as it is still subject to regulatory clearance in the US, Britain, and Canada. Furthermore, SoftBank will take between 6.7% and 8.1% stake in Nvidia and it also owns a stake of 25% in Arm.

Jensen Huang, the CEO of Nvidia shared his view about the deal and said, “the first in history the industry could see something that is genuinely alternative (to Intel’s domination).”

He was also of the view that Arm’s license model will remain neutral but will surely expand it by licensing out Nvidia IP and graphical processors using Arm’s networks of partners.

Arms has also a minority stake in China i.e. Arm China, which will also come under and get controlled by Nvidia. As Arms was involved in a dispute with Arm China over its management, the deal will face some sort of resistance and pushback from China. The reason is that Arm’s technology is being used by a large number of companies throughout the world and putting it under full control of a US-based firm won’t be welcomed by China.