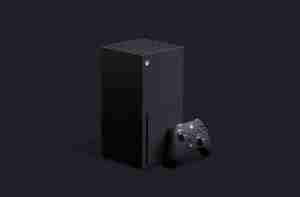 Microsoft has announced its Xbox Series S, priced just $299. We witnessed an absolute avalanche of leaks all over Twitter about the brand new lower end version of the Xbox Series X. The long-rumored Xbox Series S will finally hit the market on November 10 and it will be digital-only. The next generation consoles are looking spicy!

Earlier Microsoft posted an image of the console on it’s Twitter account revealing the dashing looks and also promised to release more details soon. It is claimed by the company that Xbox Series S is the smallest Xbox to date.

Further details confirm that it will include support for ray tracing, variable refresh rate, and variable rate shading. And good news for streamers, Microsoft also decided to include 4k media streaming and upscaling for games. Though it looks promising but there are cutbacks when compared to Xbox Series X. Xbox Series X is way powerful with 12 teraflops of power while Series S has around four tera flops. Consumers will be able to play next-generation games on both consoles. It is most likely that Xbox Series S will replace the discontinued consoles Xbox One X and Xbox One S All-Digital. An important point to note is the storage facility in Xbox Series S as it has only 512GB storage, given that modern games easily crosses the 100GB bar. So storage expansion will likely be a necessity for everyone.

We are curious to know your thoughts on Xbox Series S, will you buy S or X or PS5? Or you are planning to save that money to buy RTX 3090? Let us know in the comments below. Until then Ciao!