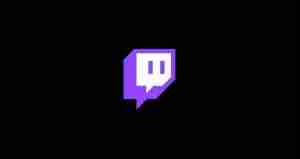 There are hundreds of videos that have been taken down by Twitch due to copyright infringement and streamers are not happy about it. There was a time when Twitch only received close to 50 DMCA notifications per year but now these numbers have reached thousands per year. Major record labels are sending countless DMCA takedown notifications to Twitch and the bloodbath has begun and is getting ugly by every passing day.

Earlier many Twitch streamers failed to understand the DMCA at all and it caused a lot of confusion. With the rising number of DMCA notifications, Twitch finally came forward with its recommendations to streamers. The recommendation offered to streamers was something unbelievable; play games but with muted music. This advice was not welcomed at all by the streamers and especially those who play rhythm games or games that don’t have any options to mute the music separately from other sound effects.

Streamers weren’t happy at all with the proceedings and took to protest and decided to play the games with no sound to let everyone know how absurd and ridiculous it is. Some streamers protested on Twitter using the hashtag #DMCAsoundoff and shared clips to let the masses know about their opinion. Streamers nodded silently along to songs that their viewers can’t hear highlighting the problem while still streaming games.

Streamers also made up sounds on their own while playing Resident Evil 2 and captioned, “Here’s the future of Twitch. A completely clean DMCA version of Resident Evil 2.” The sound effects of gunshots, zombie grunts, and moans were hilariously produced by the streamers. Another streamer protested on Twitter which goes by the name BloodyDrongo said, “Since Twitch has recommended that game audio and music now be muted. I hope you all are prepared for the age of Drongo produced sound effects and music…” It would be interesting to know how Twitch tackles the issue of DMCA takedown notifications because streamers aren’t happy at all with the absurd recommendations put forth by Twitch.