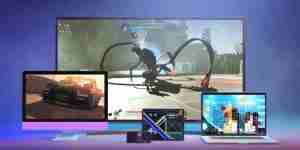 Some exciting stuff for cloud gamers, Amazon has decided to come out of its dark basement to announce its new cloud gaming project, Luna. Ladies and gentlemen, buckle up your seat belts as there is a lot of information we are going to pour over here. Amazon Luna is a new contender in the Cloud gaming market, and I bet that no one will take it lightly. The news came out yesterday that Amazon, at its annual Alexa Hardware event, is set to launch its new cloud gaming platform at some point in the near future.

Luna will have a $5.99 per month introductory price in its early access phase. It is going to be supported across mainland US at the start and no support for Hawaii, Alaska, and the US territories. Yes, fellow, at the moment it is extremely limited.

It will be available on iPhones, Ipads, and PCs with Android later down the line. Now, that is something eyebrow-raising because no cloud gaming platform is on iOS right now. So, if this is gonna happen then it is pretty big. But what is somewhat confusing though is Luna not being on Android.

But Amazon stated that the Android version will be available after launch. Moreover, more than 100 games will also be available at the launch. The games will have 1080p, 60fps at the base point with limited games having 4K and 60fps. It will also take 10Mbps internet and 4K requiring 35Mbps. As you all may be aware of the fact that Apple and other cloud gaming platforms haven’t been getting along too well. Despite all the issues Apple has been giving to Stadia, XCloud and GeForce Now, Amazon has found a way to get around the restrictions posed by Apple by introducing Luna as a progressive web application that runs on iOS only on the Safari browser without the App Store. That is what I call a 1000 IQ play.