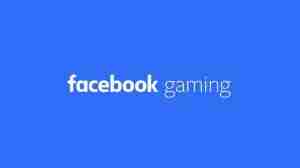 Since the pandemic there, has been a steady rise in the viewership of live streaming and gaming. The most-watched platforms with millions of hours are Twitch, Facebook, and YouTube.

All these platforms witnessed a sudden spike in streaming hours due to global pandemic and lockdowns, viewership storm of Q3 of 2020 appears to be calming down for Twitch but Facebook and YouTube, there is still a steady gain.

Now let’s see what Stream Hatchet’s quarterly report tells us about Twitch. From July through September this year, the total hours watched reached 4.7 billion, fewer numbers when compared to the previous quarter of 5.1 billion.

But still, the numbers are quite impressive when compared to the previous year’s same quarter i.e. 2.8 billion.

YouTube gaming shows a steady upward trend in Q3 with 1.7 billion hours up from the previous quarter figure of 1.5 billion. The comparison with the previous year’s same quarter shows a huge difference where the watch hours were 724 million.

Facebook gaming also shows steady progress crossing the 1 billion hours mark for the first time in Q3 this year as it came just short of the milestone in the previous quarter. Another game that got launched in the Q3 swept and stunned the gaming industry with its surprising success was Among Us. Among Us reached 232 million watch hours this quarter and got hold of 8th position in the most-watched games across three major streaming platforms.

Fall Guys also joined the party and reached 195 million hours watched and was placed at number 10.