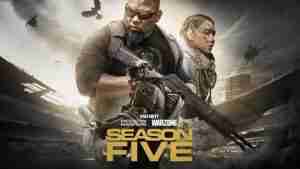 Call of Duty Warzone has done it again, another release and yet another colossal surge in UK’s web traffic!

COD is going big and it is not just about the data spikes and web traffic, it has devoured a ridiculous amount of space on everyone’s hard drive crossing 200GB, yes you read that right. Gamers went crazy in the UK as Virgin Media observed a web traffic surge of 60% over the previous Wednesday, and according to them, a huge chunk of it was due to COD’s latest update of 48GB on PC. Virgin Media further told that during peak, the data being downloaded was 33.9GB every second, and all of them were Warzone patches. And according to them, “That is an additional 22 petabytes of data for the Monday to Friday period for a single ISP alone.” Staggering figures isn’t it.

A similar surge was recorded last time and that too due to COD, Call of Duty Warzone mid-season 4 update on June 30th, just another day at the office for Call of Duty. Well, it’s all fun and games for you, the player but it isn’t all rainbows and sunshine for your ISP when you download updates, take the latest update of 47.4 GB, that accumulatively reached more than 200GB. Hey, you are paying for them, so why not, right?

But it won’t be justice here if all of this is attributed to COD alone, another blockbuster game; Fortnite also released a 2GB update on the same day as Call of Duty which could have also contributed to the traffic surge. Well, imagine that, a world where developers need to schedule their patch release dates to avoid internet rush, so much for the infinite internet eh?

Well, thank God there were no bottlenecks reported in this whole COD patch episode but you never know what will happen when Activision will drop its patch.