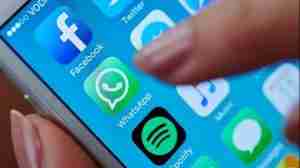 A couple of surprises in Apple’s most downloaded apps this year; Among Us and Zoom.

This 2020 is about to end and it wasn’t easy for the whole world due to the pandemic. The pandemic, however, paved the way for people to interact and connect in ways that weren’t popular before and Apple’s most downloaded app charts manifest that trend clearly where Zoom and Among Us dominated.

Neither of these games should be a big surprise to anyone. Among Us got launched in 2018 but this year it became so popular that it regularly topped Twitch charts and spread like a wildfire among the world’s best streamers. The game became so popular even politicians started streaming it to connect with the public. Among Us clinched the top position in top free iPhone and iPad games this year. Similarly, Zoom’s popularity sky-rocketed this year and it became a default application for video chats and online learning during the pandemic. Talking about the rest of the charts, Roblox was successful in making an appearance and yes, Minecraft still reigns supreme as the best-selling paid game.