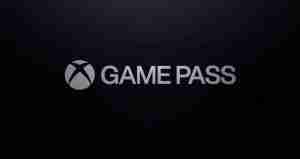 Xbox boss Phil Spencer went candid in an interview with The Verge.

Phil Spencer in an interview openly discussed Xbox Game Pass where he gave a rare insight and shared details about its business model and how it works for developers. The executive said that initially the Game Pass service paid game studios based on game usage but now the model has changed to a point where they are “all over the place.” Accommodating developers need is what lead to such haphazard model, “That sounds unmanaged, but it’s really based on the developer’s need,” he added. “A smaller to mid-sized developer might be starting a game and say, ‘Hey, we’re willing to put this in Game Pass on our launch day if you guys will give us X dollars now.’ We’ll create a floor for them in terms of the success of their game. They know they’re going to get this return.”

There are instances where Microsoft pays in full for the production of a game’s development and yet gives full liberty to the developers to make extra bucks by taking their game in the retail business even for its competitors like PlayStation, Steam, and Nintendo Switch. Spencer is positive that Xbox will settle on a hybrid business model that will cover both usage approach and upfront payment method.

Phil also commented on the console war between PS and Xbox fans which always gets renewed at the new console launch. He added, “I love the industry I’m in, this is the job I love… But that tribalism in the industry, if there was anything that would ever drive me out of the industry, it’s actually that, what you’re talking about.” He outright loathes the act of console tribalism and console hatred and was of the view, “I just really despise it. I don’t think we have to see others fail in order for us to achieve the goals. We’re in the entertainment business. The biggest competitor we have is apathy over the products and services [and] games that we build.”