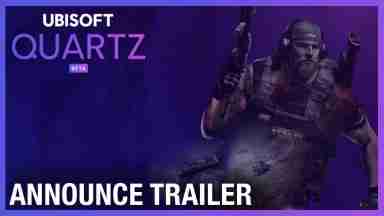 The company had to delist its video after it received an overwhelmingly negative response in the shape of dislikes on YouTube. Though YouTube does not show the number of dislikes, media sources claim that the video got over 20,000 dislikes (90%). This severe negative reaction on YouTube made Ubisoft delist its NFT Quartz video.

Earlier, Ubisoft announced that it plans to launch its NFT’s Digits and will give three free NFTs to players that logged-in significant number of hours on the game. The NFT Digit is a way to reward the players of Ghost Recon: Breakpoint in terms of valuable virtual assets. Moreover, Ubisoft also assured that its blockchain method is environmentally friendly i.e. it is based on Tezos. The video is delisted from a YouTube search, however, it can still be viewed if one has a link to it.

NFT’s lie in a grey area and are a controversial topic in the gaming industry at the moment. Many look onto it as a dubious practice to privatize digital assets and values manufacture. To be more blunt, NFT’s are seen as thievery or a tool to scam others using blockchain buzzwords.

Moreover, NFT’s and related operations are regarded as hazardous to the environment. In addition, some big names in the gaming industry like Geoff Keighley and Phil Spencer have talked negatively about it. To make things even more against NFT’s, Steam has banned blockchain-based games. On the other extreme, we have companies like Sega, Gamestop, and Neopets that have openly shared their intent and plans to pursue the domain. However, Ubisoft got severely criticized by its fans on the announcement of the NFT’s project.

Now the question is that what will happen to Digits that players will own for Ghost Recon: Breakpoint when Ubisoft shuts down the game’s servers?