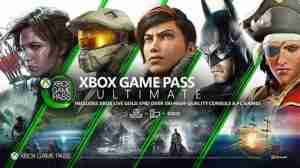 The change of plans for Microsoft came after players and consumers took to social media and criticized the firm’s decision. The fans didn’t welcome the price hike. Some of the analysts were of the view that this was done to force the Gold user base to upgrade to Game Pass Ultimate. Xbox Game Pass Ultimate combines both Gold and Game Pass offerings which let players download a wide variety of games on PC and Xbox. Moreover, other Xbox fans took to social media to criticize the increase in prices amid uncertain economic conditions due to COVID-19.

Microsoft assessed the situation quickly and reacted by reversing the decision. The firm released a statement and said, “We messed up today and you were right to let us know. Connecting and playing with friends is a vital part of gaming and we failed to meet the expectations of players who count on it every day.

As a result, we have decided not to change Xbox Live Gold pricing.”

The firm further added, “If you are an Xbox Live Gold member already, you stay at your current price for renewal.