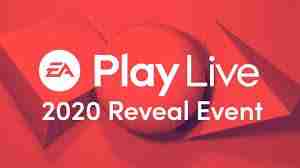 What would have been a massive press conference with a live audience, EA followed suit of other gaming publishers and went online. The event included a deluge of announcements from EA’s various gaming properties like Apex Legends and Star Wars. EA also announced the steam supported versions of its popular PC games which would allow users of different platforms to play together, a cross-play.

Let us now look at some of the major news that EA Play brought this year. It Takes Two, a coop action-adventure that is guaranteed to overwhelm the gamers. Headlight’s Josef Fares was ecstatic to announce this new game, a game that revolves around a child whose parents are divorcing. To get through this challenging time, she builds imaginary versions of herself.

EA Play Motive released the gameplay of Star Wars: Squadrons, a first-person shooter that provides you with an awesome pilot experience in an iconic Star Wars spacecraft. It will feature both single-player and multiplayer and aims to be the greatest fighter pilot game ever. This game will be released on PS4, PC, and Xbox One on the 2nd of October this year.

The EA Play is bringing Titan Fall2, The Sims 4, Apex Legends, A Way Out, and Dead Space 3 to Steam. This was a significant change announced in the press conference earlier this week. EA has previously limited its PC games to its Origin platform.

And at the end of the press conference, a ‘one more thing’ surprised EA fans. Though much is yet to be known about it but one thing is for sure that EA has decided to revive its much anticipated and loved Skate series. The game’s director, Chris ‘Cuz’ Perry said, “It’s the beginning. The Skate evolution continues.” Skate 4 is a game for which the fans have been waiting for years and Perry, during the conference, even acknowledged the moment by saying, “You commented this into existence.”

And lastly, seven games will be coming to Nintendo Switch this year. Though EA Play only discussed Apex Legends and Burnout: Paradise but more will be announced in the coming months.