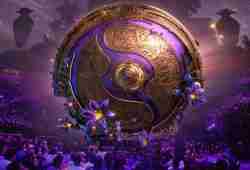 DOTA 2 The International is back

Home – China – DOTA 2 The International is back

One of the most significant and biggest esports tournaments is back with a bang this year. DOTA 2’s The International is all set to take place in Stockholm this year. As for in-house audience attendance, Valve has yet to clear the situation, “As we continue to plan the event around the shifting landscape presented by the ongoing global pandemic, our focus remains on finding ways to hold a high-quality tournament in the safest way possible.” Valve further added, “This means we’re waiting to release additional details on attendance options as we gather more information on developments heading into summer. We expect to be able to share more with the community during the month of June.”

A new exciting feature was also added recently by Valve. This feature allows fans and players to support their teams by purchasing in-game items with 50% of sales going directly to their favorite team. This new feature covers 17 teams as of now, however, more teams will be added soon. On adding more teams Valve wrote, “As more content from other teams is submitted and approved, they will be added to this list regularly.”

[novashare_tweet tweet=”Earlier, Valve announced in its blog post that DOTA 2’s annual championship tournament ‘The International’ will take place this year after one-year hiatus. The halt came due to the global pandemic and the championship was postponed indefinitely. ” cta_text=”DOTA 2 The International is back this Year” hide_hashtags=”true”]

With a global vaccination drive and strict SOPs in place, more and more events are returning to in-person mode. Currently, we have LoL and Valorant tournaments taking place in Iceland. Moreover, China is set to host Overwatch League live matches in different cities.