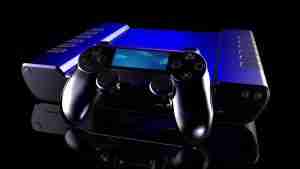 Good days for gaming fans are about to come as Playstation 5 is arriving this year.

With an ocean of fans desperately waiting for this news, they have finally announced, officially, that it will be out for the public in November or December 2020. Yes! it’s true. The device is coming with many sizzling updates and features that would amaze you. Wanna know about it? Let’s have a look. Playstation 5 is the new gaming console that is going to launch soon by Sony for the gaming fans. PS 5 is the updated version of PS 4 and is said to have many updates and new features. Now, let’s have a look at some new features and updates that make it superior and better than the old PS4.

One of the main difference between the PS 5 and PS 4 Pro is GPU. We will hopefully see a 10.28 TFLOPs GPU with RDNA 2 architecture. Including this, there will be an AMD Zen 2-based CPU. The hot combination of both updated CPU and GPU will make it run super heavy games like crisp. Also, the new PS5 will have advanced Temptest 3D audio feature that will enhance the sound quality. Including this, they have installed a quicker SSD storage of 825 GB for better and smooth performance. Lastly, we expect it to support 8K resolution. These are the points that PlayStation 4 lacks.

The new PlayStation 5 is expected to be the fastest and most powerful console in the gaming world. All the updates and features certainly show an increased price. We haven’t heard about the final price of PS5 from Sony. But taking in account all the things, it is estimated to cost somewhere between $450 and $500. This is a bit expensive price if we compare it to the price of PS4. But we still expect Sony to come up with a reasonable price.

Sony has not officially announced the games that will be coming with the new Playstation 5. But we have heard a number of new games that are gonna best suit with the next generation console. Hopefully, we will see some of the best games like, The Last of Us 2, Ghost of Tsushima and God of War. Resultantly, it is going to blow our minds and what more can be expected from the fastest and most powerful gaming console.