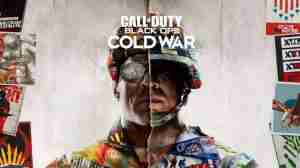 Black Ops Cold War gaming news! Activision has shared some staggering figures of its shooter franchise Call of Duty and without any doubt, the year 2020 has come up as a banner year for Call of Duty. After the launch of Call of Duty: Black Ops Cold War, Activision has revealed that the COD franchise’s net bookings have crossed a whopping $3 billion mark over twelve months only.

The term net-booking must be confusing and unfamiliar to some, according to Activision net-bookings are, “an operating metric that is defined as the net amount of products and services sold digitally or sold-in physically in the period, and includes license fees, merchandise, and publisher incentives, among others, and is equal to net revenues excluding the impact from deferrals.”

Now let us crunch some numbers, this year Call of Duty net bookings recorded an increase of 80% year over year with mainline COD games up 40%. Moreover, Activision also revealed the number of COD players in 2020 surpassed 200 million, a number Activision has never seen before. There must be a couple of reasons behind this huge surge in the number of players; a free-to-play warzone and global lockdowns due to the pandemic.

The figure is huge; COD’s $3 billion in net bookings in just twelve months is almost the same amount of money that Activision has ever brought in a year in its entire history. However, Activision’s all-time high was in 2009 with $3.16 billion in revenues, a figure in which the contributing games were Call of Duty Modern Warfare 2, Tony Hawk, X-Men, Guitar Hero, Marvel Ultimate Alliance, and Spider-Man franchises, among others.

Season 1 of COD: Black Ops Cold War is all set to release on December 16th and the COD fraternity is all set to make this franchise larger than life.