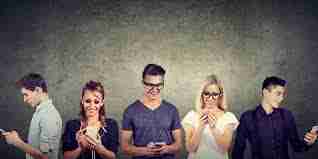 Hello gamers, let’s talk about the market review of June 2020 for the gaming industry. How is the digital gaming market doing throughout the world?

Both Console and PC experienced a decrease in their revenues at the start of this year. And this was offset by a surge in mobile revenues, which hit and blasted the ceiling setting a new record. In summers, mobile gaming spending almost always sees an increase but this time around it experienced exponential growth due to limited availability of other entertainment options due to the pandemic.

The long-awaited Last of Us part 2 outshined Final Fantasy VII Remake and Marvel’s Spiderman and sold 2.8M digital units in June, a record for exclusive PS launches. Valorant, on the other hand, had one of the biggest launches ever for a free to play PC title.

The decrease in CSGO user numbers and revenue for the straight second month shows that players are developing with Valorant.

Similarly, Destiny 2 revenues and the player number rose significantly after the announcement of the expansion pack and a new season. Pokemon Sword and Shield enjoyed the highest monthly digital earnings since its official launch thanks to its Isle of Armor expansion.

And lastly, if we analyze the GTA V, it has experienced a decrease in revenue up to 33% due to a lack of major updates. The last major update was in December 2019; The Diamond Casino Heist.

This update resulted in a temporary increase in revenue in April and May, most probably due to COVID-19 lockdowns. On the contrary, the PC version is reaping benefits from a free Epic Games Store giveaway in May.

That is all for the geeky stuff today, until next time.

I am observing and overseeing several boards of gaming companies. My trademark is to listen, strategize and give feedback to the stakeholders involved. I also represent management/founders towards shareholders and vice versa. (Digital Games June 2020)