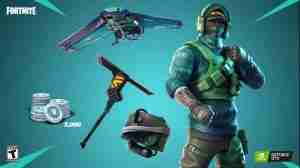 Fortnite will be back on iPhones and iPads in the coming months, and thanks to Nvidia GeForce Now. The catch here is that it won’t be as easy as opening the Fortnite app on your mobile phone. So how’s is it going to be playable after all Epic versus Apple clash of tech giants?

According to a BBC report, Fortnite will be available to play on Nvidia’s cloud gaming service, GeForce Now. There isn’t any official announcement yet but it is expected to be announced before the holidays.

The situation is a hacky one here; Epic and Nvidia have joined hands to work around Apple’s restrictions on iPhones and iPad apps. According to Apple, “Developers can choose to reach all iPhones and iPads users over the web through Safari and other browsers on the App Store.” This statement provides for a loophole, a workaround that won’t bother Apple.

This is the potential solution that will make Fortnite playable on GeForce Now but only after overcoming the hindrance of setting up Nvidia’s streaming service on iOS devices. Fortnite will be accessed using a browser from a PC and then it will be integrated and streamed to your device, this will also have an added benefit of higher graphics and better Fortnite as it will be streamed from a PC but it may face latency issues. Apple banned Fortnite on all its devices after Epic introduced an in-app purchase option that offered lower prices to its consumers and avoided Apple’s mandatory 30 percent cut. This resulted in a legal battle that is still underway, Epic maintains its stance that Apple has created a monopoly in the industry and its business practices are harming the interest of the gaming industry. As for Apple it has successfully defended and won its stance on blocking Fortnite on iPhone, iPad and App Store.

Video Gaming News; Fortnite will be back on iOS via Nvidia GeForce Now