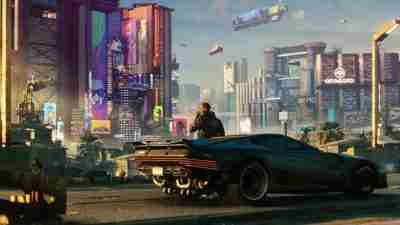 Let’s talk about Cyberpunk 2077’s launch statistics and see if the hype was real or not?

The launch numbers were amazing, there were 8 million pre-orders for Cyberpunk 2077 and 74% comprised of digital. PC turned out to be the biggest platform for the game and accounted for 59% of the total. These statistics were shared in a series of Tweets from the Polish developer’s investor relations Twitter account.

The digital pre-orders were preferred by the majority due to the ongoing pandemic situation and a massive 5.9 million digital units were sold. Besides, the PC gaming fraternity showed a strong interest in the game which accounted for 59% of all pre-orders.

The number of players on PC at the launch is now a staggering 4.72 million, breaking the record for the fastest-selling PC game earlier the record was held by World of Warcraft’s Shadowlands expansion which was just a week ago. Now let’s talk about consoles here, console pre-orders crossed the 3 million mark on the launch day. An important factor to consider here is that majority of consumers opted for PC due to its high-end graphics and performance since the PS5 and Xbox Series X/S upgrade will not be available until next year.

Another interesting stat was the number of concurrent steam players at the launch day which was a record-breaking one million. A record was shattered by Cyberpunk 2077 and that too within two hours of its launch.

Despite all these powerful stats and hype, CD Projekt Red stock fell to 29% from PLN 443 per share after the launch. The decline was surprising and can be attributed to complaints of bugs and glitches by the players on social media and game streaming platforms. But still, it is speculated that this game will likely become the tenth biggest selling game of all time with a projected sale of 29.7 million units.