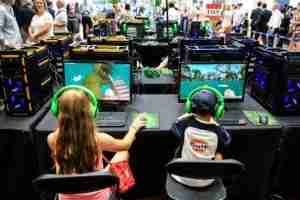 Records in the Gaming industry were broken throughout the year 2020

December was no exception according to Superdata. Digital games made a mammoth $12 billion in December 2020 which was the highest monthly revenue ever achieved. Digital games worldwide revenue witnessed an increase of 15% year over year.

While looking into the components of digital games; mobile earnings went up 5% year over year and console earnings increased to 16%. Thanks to Cyberpunk 2077, the top growth rate was achieved by PC which surged to a staggering 40%.

The marketing campaign provided the momentum that was necessary to break records. However, due to ongoing performance issues, CD Projekt Red will have to invest a lot to fixing both the game and its image. Moving forward, Fortnite ruled the hearts and minds of players as the earnings were highest in both PC and Console since August 2020. Moreover, the concurrent player numbers were higher than at any point since August 2019. The temporary Marvel Comics event drew a record 15.3 M concurrent players in December followed by exciting events like The Walking Dead, Star Wars, and Halo. Lastly, we have GTA V and Among Us that played their part in digital games record-breaking earnings in December. Cayo Perico Heist release for GTA V derived the highest monthly game revenue ever. As for Among Us, the numbers fell in December when compared to November peak. However, the game still leads the top charts with a gap of 2.8 times when compared to the second seed game, Roblox.

Stay with us for more exciting analysis on digital games until the next time.