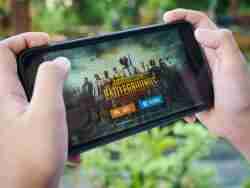 During the COVID-19 lockdown, the gaming industry saw unparalleled growth worldwide, especially in the US. Mobile games and apps particularly enjoyed massive success during that period. However, Chinese mobile games and app gained huge popularity in the US market. According to a recent report on the US by Sensor Tower, mobile games released on both App Store and Google Play raked up a whopping $5.8 billion in the Q4 of 2020. The data showed an increase of 34.4% year over year and the revenue accounted for over a quarter of the world’s mobile gaming revenues.

In the Q4 of 2020 in the US, Chinese games accounted for 20% of revenues, thanks to a few blockbuster titles. This made China the largest importer of mobile games in the US. In the top 100 most grossing games, Chinese publishers claimed 21 spots. These Chinese games collectively made $780 million which is more than triple the amount from two years back. Call of Duty and PUBG

The topmost liked and played Chinese mobile game is Call of Duty; a combo of Tencent and Activision. Moreover, Tencent’s Player Unknown’s Battlegrounds (PUBG) is also amongst the top played mobile games in the US. However, other smaller Chinese gaming studios are successfully making grounds in the US mobile gaming market.

Mihoyo’s Genshin Impact was the sixth highest-grossing mobile game in the US during Q4. It racked up over $100 million in the US in Q4 alone. Moreover, Magic Tavern’s Project Makeover is another such example as it was the most installed game in the US last year. Magic Tavern is regarded as one of the first studios with roots in China to gain ground in the US casual gaming market.

Some more games have links to Chinese conglomerate Tencent like Roof Nails and Shortcut Run. Tencent is also a strategic investor in Roblox which is set to go public this year.